Technology and Mediation: Partnership, not Competition

We have all been compelled by recent events to adopt videoconference technology in order to continue working at all. Many did so reluctantly. Others, however willing, still struggled with the technology, while that odd minority who like gadgets and new technologies actually enjoyed learning the new tools and discovering their capabilities. Watching the various reactions, it made me wonder why so many generally resist and avoid new technology. We seem predisposed to distrust new inventions. And this is particularly true in the context of mediation. Why is that?

If you ponder this question a bit, you can find several threads which, when woven together, make up this defensive vest.

First, there are traits we all share as human beings. We all inherently value human skills. We appreciate live music, sports and athletes, artists and artisans of all types. We admire the talents that are uniquely human as distinct from feats of technology because we can, at some level, relate to the effort, skill and practice these things require.

Second, it is a common human trait to find comfort in the familiar, and resist change. This is so well accepted, you can get an inspirational poster for your office that carries the admonition, “Most people will choose the familiar misery over the foreign happiness.” The unknown triggers suspicion and stress, and new technology is inescapably linked to change and the unknown.  This is a human trait with a rich past. A famous example woven into Western culture is the destruction of mechanical looms by the Luddites of early 19th century England. The technological change was so upsetting that it provoked destructive action in an effort to maintain the status quo. In the United States, we have the tale of John Henry who engaged in his legendary contest for superiority over early steam powered machinery.

Some may also sense that mediation and technology are inherently like oil and water.  Mediation engages a world of subtlety and nuance, empathy and interpersonal, creative communication. Even a relatively simple case may involve the application of conflicting personal or social values in specific contexts. In contrast, technology is literal, empirical, blunt. Technology does very well in the rapid, high volume, repetitive processing of empirical data. Sorting through perceptions of conflicting social norms – not so much.

Hollywood and pop culture amplify these basic human reactions to the unknowns of technology.  Who could forget HAL 9000 aboard Stanley Kubrick’s 2001: A Space Odyssey? Or Arnold Schwarzenegger as the original Terminator which returned for five sequels? More recently we have Will Smith’s character in I, Robot whose paranoia about robots is fully justified in the end. These pop icons fertilize the seeds of human suspicion of novel technology until they take root deep in our psyche.

And finally, if that were not bad enough, the media emphasizes the human versus machine competition for jobs. A Financial Times headline just last August read, “Robots and AI threaten to mediate disputes better than lawyers.” In this case, as in many others, the media exaggerates the feats of technology and make it personal, hinting that robots are specifically threatening your livelihood.

Technology Can be Fallible

The perceived human versus machine polarity is not entirely due to quirky imaginations fueled by pop culture and hype. Technology itself is just fallible enough to provide some support for our suspicions. Who hasn’t lost a file, or had a hard drive fail at a critical moment? Exactly what computers do well can be misused – for example by hackers drawn to the centralization of data that can be misused for illegal purposes. And technological innovation has admittedly rendered some jobs obsolete over time. Technology entrepreneurs and the capital markets contribute to this mistrust by pursuing “moonshot” headline-grabbing projects over more pedestrian applications. It is easier to raise millions of dollars in investment capital promising to completely disrupt an entire industry, with little regard to plausibility, than for a more realistic plan offering to simply improve current practices.

And so we take all of this – natural human traits, cultural history, movies, the media – to arrive at a widely accepted, popular perception – a frame of reference – of technology versus humankind. Robots ready to take over society – as though it is some kind of zero-sum competition.

This frame of reference taps into our subconscious instincts and pop culture memes, but it is not accurate – particularly not in the field of dispute resolution. Put your mind at rest. There is an interesting website that reports on research analyzing the risks technology presents to specific careers. It is updated regularly based on research by Carl Benedikt Frey & Michael Osborne at Oxford University. According to their analysis, if mediators are in competition with technology, for now, mediators are way ahead. Mediators rank near the very bottom of jobs at risk of replacement by technology according to their analysis. And that sensational headline about robots being better mediators than lawyers? It turns out that the story was about an AI program applying “blind bidding” to assist in resolving a single issue dispute about a debt of less than $2500.

We need to acknowledge this misguided frame of reference, but then recognize we need to adopt another that sees technology as a tool. The fact is, technology is already a part of everyday life and is used by professionals in dispute resolution. Word processing, digital calendars, email, the internet, smart phones, the cloud. All of it came gradually – and that will continue. We’ve all adopted videoconferencing technology, and doing so crossed an important threshold. Most technology used by mediators have often been left outside of the room during mediation sessions. Now technology isn’t just in the room, with videoconferencing it is the room.

The future of technology and mediation should be viewed as a comfortable collaboration. Many experts in computer science understand that modern technology – even today’s exotic forms of artificial intelligence – will succeed in the foreseeable future by working with humans, not competing to replace them.  Authors like Paul Daugherty and James Wilson in Human + Machine; Reimagining Work in the Age of AI, or Brad Smith, President of Microsoft in his book, Tools and Weapons: The Promise and Peril of the Digital Age, consistently emphasize the use of even the most sophisticated AI technology as a tool in human hands. They note that today, technology’s objectives are to free humans from tasks technology does well, to allow them to focus on their uniquely human skills.

To embrace a partnership with technology we need to ask ourselves, what parts of a mediator’s job could a computer do well, and what parts of being a mediator does a human being do better than a computer? It helps to think about things computers do well generally, and what they do not. 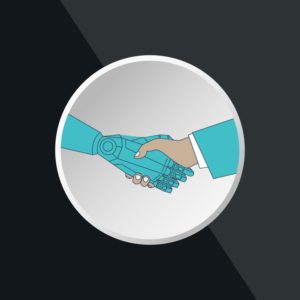 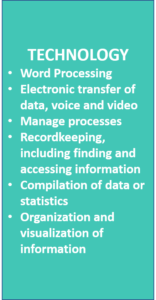 Third-party, human mediation is not ripe for wholesale disruption. Some types of disputes may benefit from new technologies that can facilitate and help parties structure communication. But on balance the types of cases that made it to mediators will continue. Those cases involve human emotions, complex issues, multiple parties and other characteristics that put them out of reach of technology. Mediation will evolve with some old school skills combined with some new tools. Technology will help manage the mediation business process, assemble and organize information, capture and help the mediator track negotiations and efficiently create the settlement documents. Technology will partner with what has worked and face-to-face meetings will not go away. The mediator must think of technology as another tool, using it in combination with those uniquely human skills that help the parties put together exactly the right outcome.

The changes to mediation technology, including videoconferencing, will keep coming but it will be a long time before the human is removed completely. A good analogy is the changes to the automobile. The Ford Model T was launched in 1911. It enabled basic, affordable and convenient transportation. You used a hand crank to start it. An electric starter was added in 1919. We can think of all kinds of additional technology that followed over decades, all of it working together with the human operator. Automatic transmissions, power steering, cruise control, backup camera, GPS – each individually adopted and designed to work easily with the human – not to replace them.

That has been our approach at ADR Notable – incremental change – and we think the better approach to introducing technology in mediation generally. Mediators are already driving the car – using computers, various software, videoconferencing and other technology. We are developing a platform for those tools to work together better and we are adding some new things, including tools for use “in the room”. By design, our improvements are evolutionary, not revolutionary. We will add new features and improve those already in place incrementally, guided by feedback from dispute resolution professionals. Maybe someday we will talk about the self-driving car of mediation technology, but not anytime soon.

For now, approach new technology with an open mind, not a sense of apprehension or competition. Ask yourself what that computer could do to augment your ability to serve your clients. This combination, the partnership, will lead to solutions that are extensions of what makes us human. That is the truly exciting opportunity technology provides. 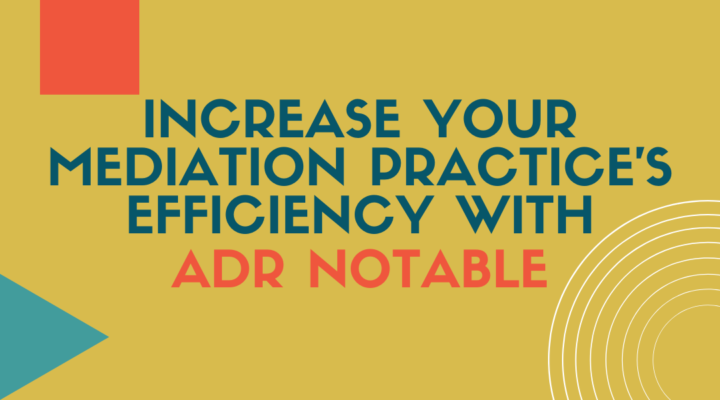 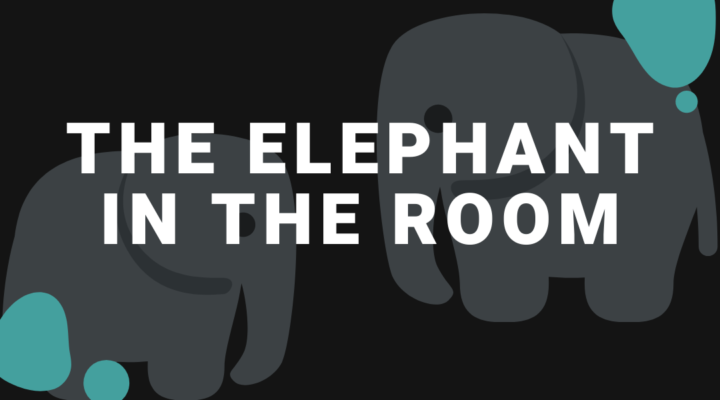