Where We are Today – Update on Our Progress

My first blog post on November 8, 2018 described how ADR Notable got started. This is an update to describe where we are today.

To briefly recap, in 2018, we had a prototype professionally developed to be able to graphically demonstrate the features we thought would be helpful to mediators. We used that prototype to test our assumptions with over 30 mediators doing different types of mediation in various parts of the country. We learned a lot of things, but the broad message was that a wide variety of mediators and others who are responsible for resolving disputes are interested in technology that could help them. Many had tried different tools and techniques to get organized and feel prepared. Very often, even those mediators who had settled on a process for administrative tasks and a system for taking notes quickly conceded there could be something better. The response convinced us that if we could develop a solution that was easy to learn and intuitive to use, and addressed the whole process a mediator travels to manage a case, we could add a lot of value to the profession.

For the next several weeks, we worked closely with the team at Switchbox to refine the description of what we wanted the software to do. Making the user experience simple and intuitive guided our discussions and planning throughout the process. We asked Switchbox build the note taking component first, and we were able to recruit another group of mediators who gave us additional valuable feedback on this component. Eventually, we had to sit back and let the developers build the product to meet the agreed specifications.

Switchbox delivered the raw software to us just a few weeks ago, in mid-January. They warned that there would be bugs and features that didn’t look or function the way we expected, and they were right. There are two major challenges to a project like this. The first is how we as the client convey to the programmers all of the things that we know from our own experience, and learned in our testing from practicing professionals, to a team that knows software, but has no context about mediation. As an example, the importance of being able to delete notes at the conclusion of a matter, while preserving the basic data about the mediation that had taken place, is unique to mediation and needed careful explanation to the developers. That’s an obvious example. It turns out there are many layers of that kind of information that needed to be conveyed. Second, the developers, by necessity, build the product in components. When it all comes together, those components have to work with one another. This is like a symphony practicing while separated into the strings, brass, woodwinds and percussion trying to play together the first time. They all worked from the same sheet music, so it may sound okay. But inevitably, there are some gaps and inconsistencies.

Today, we are so close. We did find lots of little fixes to make, but the software now generally works as intended. We have a few more weeks of effort to work out as many wrinkles as we can find. We’ll involve a few mediators to begin to use the software in practice to help us find any additional glitches we can smooth out before our full commercial launch. And we’ve even recruited some eager 3rd year law students to test it aggressively, too.

It has been a challenging effort with a lot of people contributing along the way. We are so appreciative of the support we’ve received from the faculty at the Moritz College of Law at The Ohio State University, and from the many professionals who took time away from their practices to work with us on the prototype and all of the product testing we’ve done along the way. The members of the development team at Switchbox, Inc. have been terrific partners. We could not have reached this point without the help we’ve received from so many.

We hope that the set of tools we have developed make a material contribution to the practice of dispute resolution. If you’d like to be among the first to see and use the ADR Notable platform, please go to adrnotable.com/get-started/or click the Get Started button on any page on the website to provide us with your name and email address. We’ll let you know soon when we are ready for our full commercial launch. 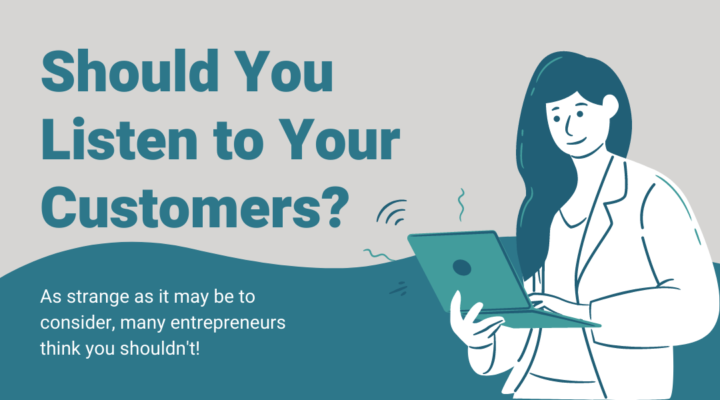 Advice from Entrepreneurs: Don’t Listen to your Customers 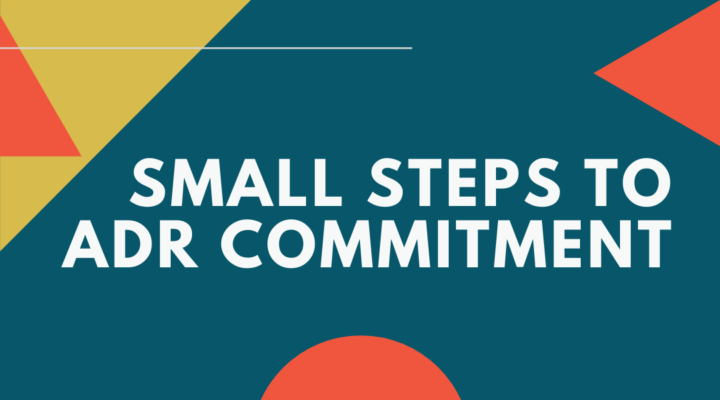