Gary Doernhoefer is an experienced former general counsel in both U.S. and international businesses, and from startups to publicly traded corporations. He has an entrepreneurial background having served as the first General Counsel for the travel website Orbitz, which was founded in 2000 and completed its first IPO in 2003. He was also a Co-Founder and General Counsel for Accertify, Inc., now a wholly-owned subsidiary of AMEX. My international experience comes from three years as General Counsel for the International Air Transport Association, the global trade association for the world’s airline industry. After three decades of experience managing legal issues and disputes in a wide variety of contexts, Gary became the Founder and Managing Director of ADR Notable, the first company to provide technology specifically designed to work alongside the listening and communication skills of mediators and other dispute resolution professionals.

Tell me a little about your background and how that led to you starting ADR Notable.

I’m a graduate of Grinnell College and the University of Chicago School of Law. I started in private practice as a litigator at Mayer, Brown, but soon moved to in-house law practice. I eventually spent nearly nine years with American Airlines, including two years as Senior Counsel, Government Affairs in Washington, DC. My first taste as an entrepreneur began in 2000 when I became the initial general counsel for Orbitz, the travel website. Shortly after Orbitz was acquired in 2004, I became a true entrepreneur (significant personal investment and no salary for  a time) as a co-founder and general counsel of Accertify, Inc. which provides credit card fraud screening for online merchants. Accertify was acquired by AMEX in 2010. That same year I became general counsel for the airline industry’s global trade association, the International Air Transport Association, based in Montreal and Geneva.

It was an unlikely path that led to starting ADR Notable. While at IATA I served as an arbitrator in a dispute related to online travel agents, and became interested in promoting alternative dispute resolution within the airline industry. That interest continued after my return to Ohio and I had discussions with the Center for Aviation Studies and the law faculty at the Ohio State University. As part of that effort, I took a three-day mediation training workshop led by OSU faculty and noticed the lack of technology in dispute resolution. My entrepreneurial instinct returned and I began the very first steps toward what is now ADR Notable, LLC – the first technology platform designed specifically for mediators. We are in the final stages of beta testing and were very excited that ADR Notable was identified as a 2020 Emerging Legal Technology by The National Law Journal earlier this year.

For those who do not know, can you explain what Alternative Dispute Resolution is and how ADR Notable plays a role in ADR?

ADR is an acronym for Alternative Dispute Resolution and refers to a broad range of processes or techniques to avoid, mitigate or resolve conflicts without recourse to traditional litigation. ADR is practiced by professionals with titles such as ombudsman, conciliator or even peacemaker in Native American culture, as well as the more common titles of mediator or arbitrator. ADR generally has the benefits of resolving a disputed matter confidentially, and in cases that are mediated, there is greater control over the outcome which is reached by negotiation and mutual agreement instead of judicial fiat.

How would this work – how can/how has technology helped/can help with the resolution of disputes?

ADR Notable focuses primarily on one very common type of ADR – mediation – in which a third party facilitates discussions and negotiations between parties in conflict. Blending technology with mediation requires sensitivity to the tasks and methods mediators use. Much of their skill set revolves around uniquely human skills of communication, empathy, trust and creativity that technology cannot replicate. But the application of those skills still takes place within a business context where automation can help. We worked very hard to offer technology designed to be intuitive and useful, and to keep it simple where complexity might interfere. The most unique application helps the mediator in the negotiation room. We developed a  note taking feature that is simple to use, but offers better organization, sorting, searching and management than notes on paper, and allows the mediator to move from typed notes of agreed terms to documentation of the agreement much more easily than retyping handwritten notes. We then surrounded that feature with more common business support tools like email and calendar integration, contact management, process flow checklists, document storage and retrieval, secure deletion of confidential materials at the conclusion of cases, and data analytics and reporting across cases. The goal is to offer a complete solution tailored to mediators.

What has most surprised you about your work with ADR Notable?

There were a lot of surprises along the way. The most delightful surprise has been getting to know a number of mediators. They are, without a doubt, among the nicest people you will ever meet. They are thoughtful, articulate and powerfully motivated to help, whether it’s solving a problem for clients or explaining business requirements to a technology provider.  Perhaps the next largest surprise was just how much work was required to develop and test software for tasks that seem, on their face, to be straightforward. Our software includes a lot of features and making them intuitive for the user and integrate properly took a lot of patience, attention to detail and hard work by my colleagues at ADR Notable and the software development team at Switchbox, Inc.

How has the pandemic impacted ADR Notable?

We have not been badly affected by the pandemic so far. We had just moved into co-working space and had filled one of two positions we had open. We were able to hold our co-working space, which we cannot really use now, for a nominal monthly fee, and simply didn’t fill the second position. Throughout the pandemic lock down we have been beta testing the cloud-based software solution. For that, the team could work effectively from anywhere.

At the same time, mediators had to pivot to using videoconferencing to continue providing their services. That may end up benefiting ADR Notable. First, there had been some resistance with a minority of mediators to having a computer in the room during negotiations, citing concerns that it would distract them from focusing their full attention on clients. Videoconferencing removes that issue as the computer becomes the “room”. Second, the abrupt necessity of adopting videoconferencing may have stimulated more interest in, and acceptance of technology by the industry generally, making ADR Notable more attractive.

Where do you see ADR Notable going in the next five years?

We’d like to prove out the product in the market in the next several months, ensuring we have built a really useful solution. We did product testing with a prototype before committing to the full software development, and have done extensive beta testing, so we’re pretty confident about that step. After that, the opportunities for ADR Notable are nearly limitless, but I think of them in three categories: First, is the expansion of the user base of the basic software solution. Within a five year window, we’d expect to have been marketing throughout the US and begun expansion at least into Canada. The second category comprises improvements in the product and the incorporation of new technologies. This is an area that has vast potential, ranging from simple improvements for things like scheduling (a huge headache for most mediators) or data visualization about offers and counter offers, to incorporating AI that works with the mediator in real time to help identify the parties’ interests and potential solutions. In the third category, we’d like to expand the scope of the product into adjacent fields. One example would be modifying the software platform for teaching mediation skills in colleges and law schools. We believe there is both a lot of room for further technological development in the core product as well as entirely new markets. 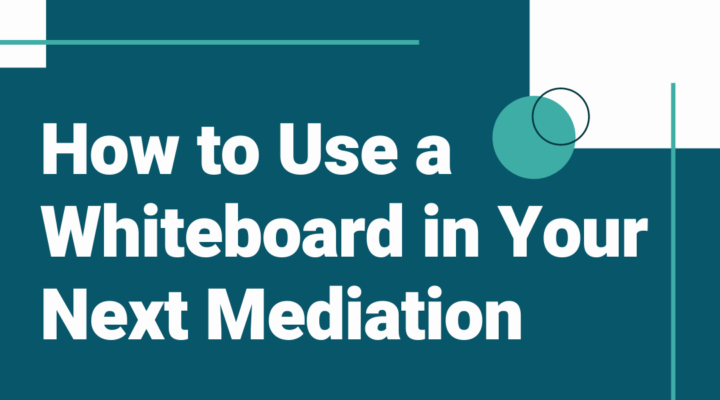 How We Got Here – Launching ADR Notable 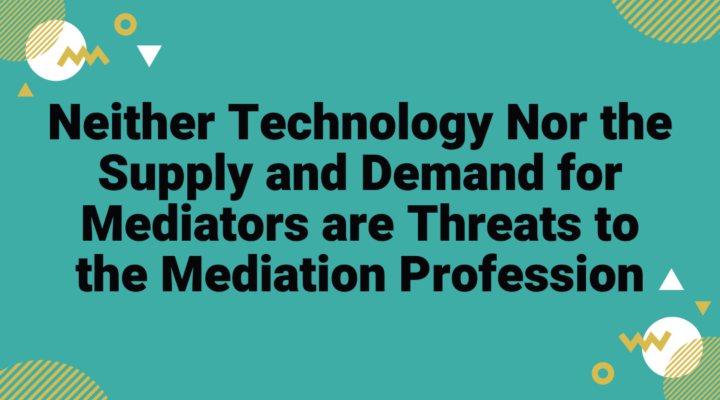